The 2017 IAPSC Charles A. Sennewald Distinguished Service Accolade is the IAPSC's most prestigious awards for a security leader who has made an outstanding and significant contribution to the security profession. Jack Case’s leadership within the industry as an accomplished author, educator, mentor, with a successful career as a security executive, combined to make him the perfect candidate to receive this award. Jack will be honored in absentia on May 8, 2017, during the Annual Conference at the Sheraton Austin Hotel at the Capitol, 701 East 11th Street, Austin, TX 78701.

The ASC are sad to announce the passing of John Benton, its first Chairman.  John started at Chubb Lock & Safe and later becoming responsible for their Western Hemisphere business. Later he joined the Stratford Safe Co owned by Walter Runcimen. At about the same time Runcimen acquired John Tann the oldest safe maker in the UK where John became Managing Director. He was also a Director of Killby-Tann Security – a jointly owned company with Killby & Gayford.John gave his support and experience to many organisations such as British Standards (Bsi) where he chaired the Committee on Secure Enclosures, also the American Association for Industrial Security (ASIS). He was a member of the Editorial Committee of the ‘Journal of Security'. He was a Fellow of the Institute of Directors and also he was made a Freeman of the City of London for services to Financial Institutions.

Following a spell with Schroder’s the Banking giant John turned to Consultancy and it was in 1991 he, together with Mike Cahalane and Mike Collier set up the ASC, an organisation which represents the interest of Independent Security Consultants. Initially with just seven members it now, some 25 years later, has over 200 members.  John, the first ASC Chairman, served five years in that position. He was instrumental in many ways, helping to form the ASC, and his links with the political world lead to him introducing early patrons Lord Nicholas Bethel and Sir Rhodes Boyson.

After a fall on Christmas evening,Johnwas admitted to St. Mary’s Hospital Paddington where he died in the early evening of Thursday 16th February at the age of 91, having contracted Bronchopneumonia. Our thoughts are with his wife, children and grandchildren.

Security consultants learn how Secured by Design is reducing crime

The importance of organisations working together to reduce crime was made by Secured by Design (SBD), the national police crime prevention initiative, during a presentation at the Association of Security Consultants’ Business Group at Armoury House, London, in February 2017.

SBD Chief Executive Officer, Guy Ferguson, a former Met Police Detective Chief Superintendent, told a packed meeting that SBD seeks to be a major catalyst and focus for crime prevention around the UK.

SBD operates altruistically by working with a large number of different organisations to encourage crime prevention to be built in at the design stage as well as encouraging manufacturers to achieve Police Preferred Specification on their products, such as doors and windows.

On the 17th Novemeber 2016 the ASC held another Buisness Group event in London. 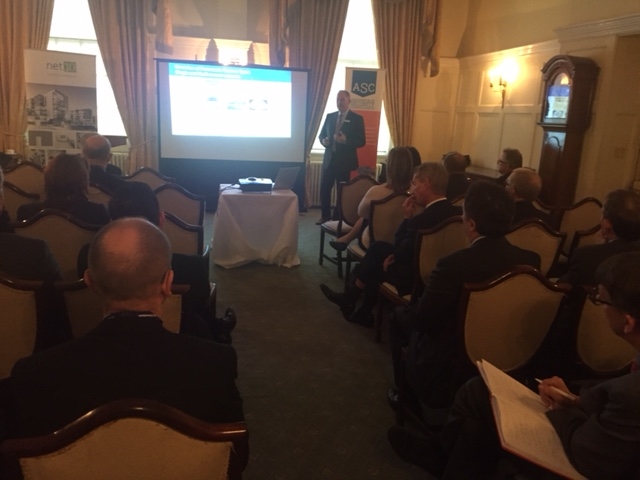 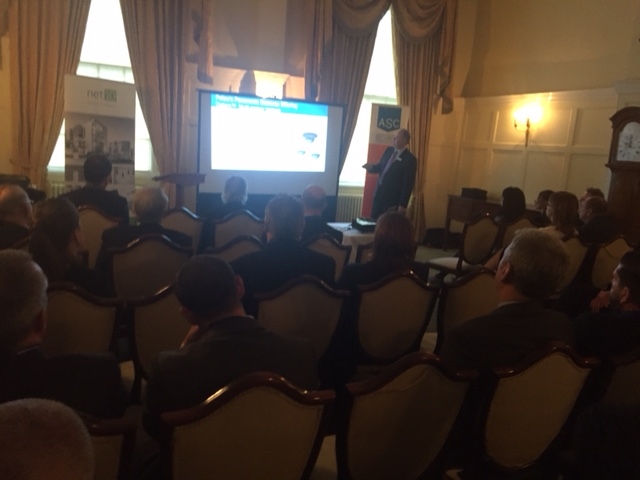 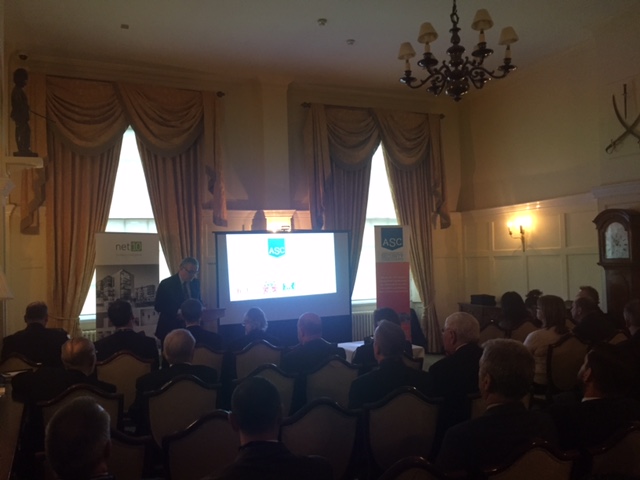 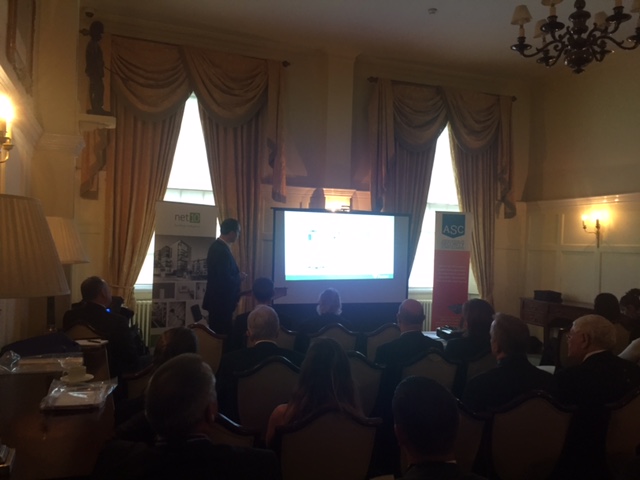 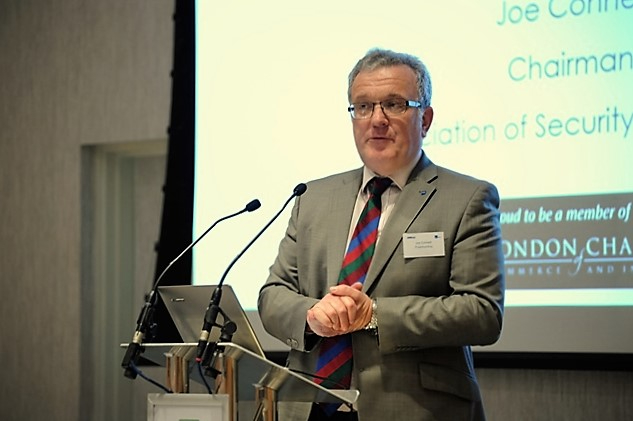 Some of the photos taken at another successful ACS Business event 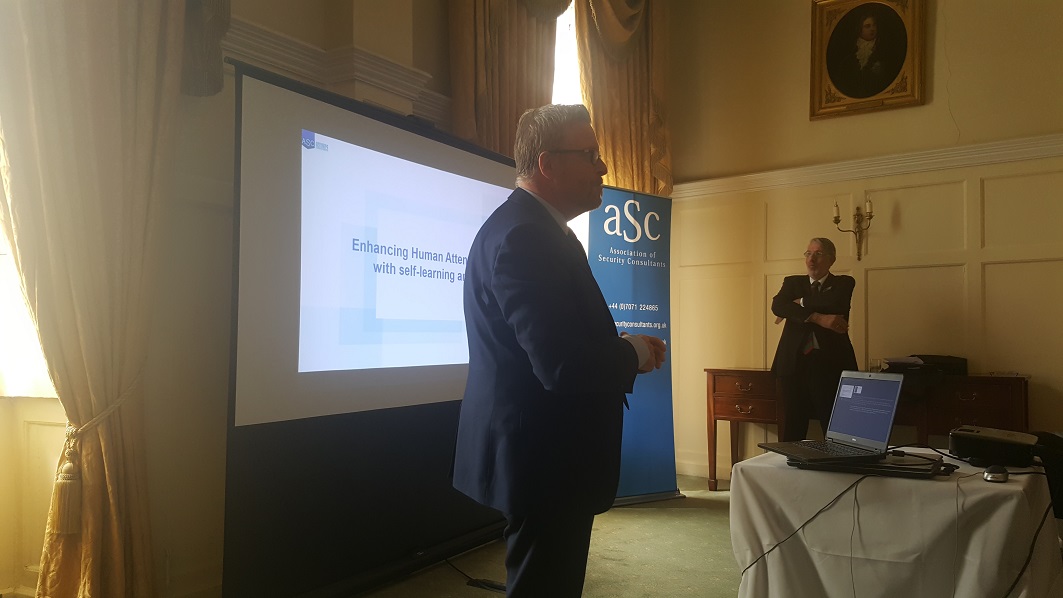 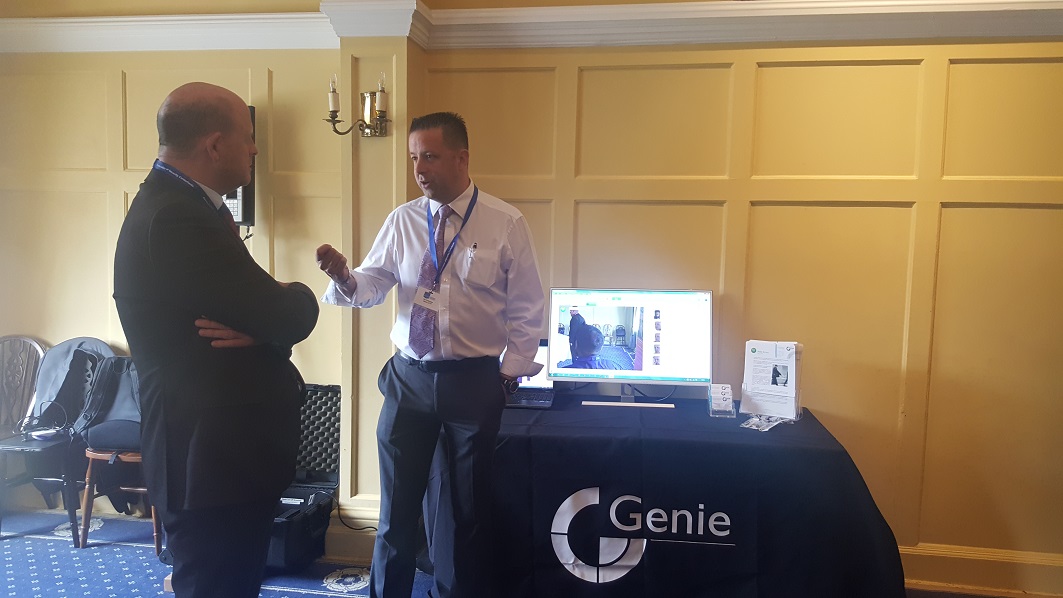 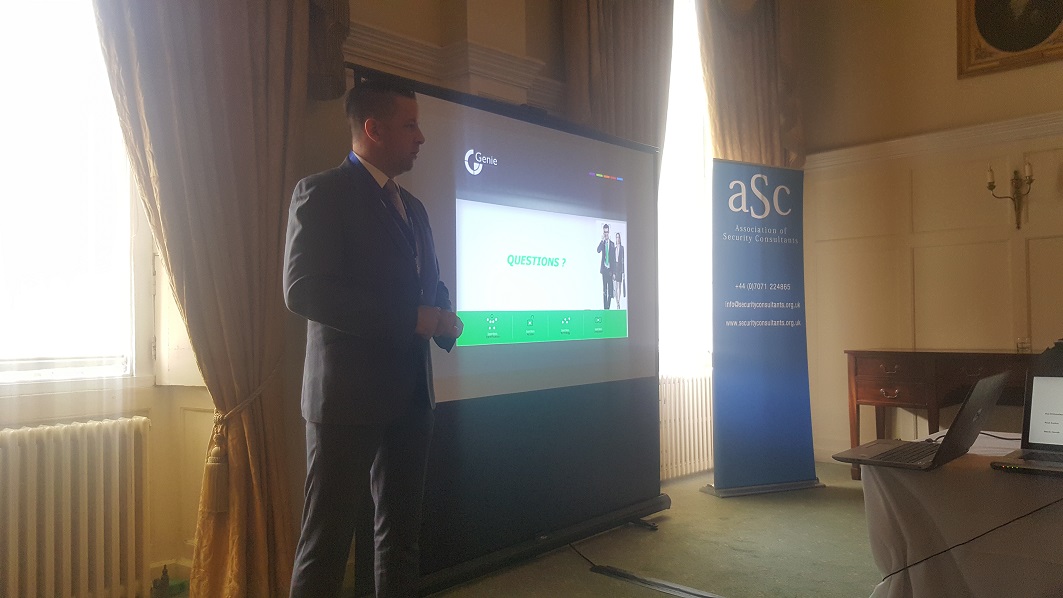 The Association of Security Consultants (ASC) is 25 years old in 2016, having been formed by a small group of experienced security professionals drawn from security, insurance, military and police backgrounds.

The current ASC chairman, Joe Connell, writes. Just to put the last quarter-century into perspective, ask yourself this question: ‘If, in 1991, you were told that you could save all your operational business information to the cloud, but need to protect yourself from cyber-attack, would you have dismissed the teller as a Sci-Fi fantasist?’ Possibly, but that’s how far we have come in just 25 years.

The 2016 Imbert Award luncheon, held at the Royal Air Force Club on 30 June, again proved a great success in bringing security professionals together. Matthew Fitton (Cranfield University) was the overall winner of the Imbert Academic Prize with his dissertation on British Counter-Terrorism Operations and International Law, tackling the controversial subject of Targeted Killing; Runners-up Claire-Louise Rushton (University of Leicester) researched and compared employed and contracted security personnel in the retail sector, and Kevin Larkin (University of Portsmouth) who research was on ‘The perception and mitigation of industrial and economic espionage on UK SMEs’. In the words of Lord Imbert all three finalists were winners and added the 'The Security Profession is the actual winner'.

The ASC is delighted to announce that patron and avid supporter of the Association, Sir Stuart Peach has been appointed as the next Chief of Defence Staff, head of UK's armed forces and also awarded the Knight Grand Cross of the Order of the British Empire (GBE) in the 2016 New Year Honours list.

A New Year, A New Venue

The ASC held its first 2016 Business Group event at the Honourable Artillery Company (HAC) in the City of London on 18th February 2016....